Recently in a conversation with a composer some years my junior, I was fascinated to recognize a younger version of me: utterly bored with familiar sounds and positive that their unique ideas around some musical niche or theoretical quirk will pave their way to genius status and shape the future of Western classical music. For me, this Weird Obsession Phase, as I’ve decided to call it, began with an excessive enthusiasm for Elliott Carter’s method of combining minor thirds and tritones to create all-interval tetrachords, and ended in several pieces of music and a slightly fanatical paper with terrifying color-coded charts, the substance of which is summarized in the meme above. As I listened to Younger Version of Me expounded upon their devotion to a similar obsession, I began to wonder if this Weird Obsession Phase, awkward though it may be, is a necessary rite of passage for every young…

Me senté
en un claro del tiempo.
era un remanso
de silencio,
de un blanco silencio…
I sat down
In a space of time
It was a backwater
of silence,
of white silence…

Actually, I stood up – at the back of the King Center concert hall with two of my friends, because we had arrived late. As the Lorca lyrics of Morton Lauridsen’s Cuatro Canciones wafted to us in a shimmer of vaguely Messiaen-ish harmonies and Crumb-ish timbre-textures, it was a backwater of crystalline sound – an unexpected music. The usual ritual of sitting down, clapping, and program reading foregone, we had walked in at the start of the Playground Ensemble’s October 26th, 2015 performance of this movement as though it had always been happening in that space. We had entered with no idea of who we were hearing, or of what; immediately, our empty hands had been filled with the molten, colored jewels that adorned that white silence.

One of the gifts of lateness and of not having sufficient time for anything (once you let go of the stress and the self-condemnation, that is) is immediacy. Immediacy is the elusive treasure of the 21st century, arriving secretly and remaining for a time veiled and useless to the possessor behind daily layers of panic and dissatisfaction. If those layers are peeled away, immediacy is revealed as the resolve to jump in and do what can be done now without fear; to let go of unhelpful expectations and worries that get in the way of now; to listen to intuition, allowing an experience or an atmosphere to have free reign in your consciousness without your own interference; to capture the absolute essence of something without trying, painting a truth in the broadest possible strokes; to engage in listening and conversation without the background noise of ego and preconceived notions. Immediacy is the sensory experience of a child – all eyes and ears and uninhibited fingers that reach without hesitation for the crayon.

Actually, come to think of it, we did sit down – once the Lauridsen piece was over and the stage was being reset. But for me, at least, the immediate hearing remained – that coming in out of the cold and dark to meet unknown sounds without context or expectation. I looked with only half an eye at my program, not wishing to spoil the feeling, and I half-learned that Louis Andriessen’s Workers Union was for “any group of loud-sounding instruments.” From the stage, one of the performers explained that Andriessen’s notation only specified rhythm and contour – not exact pitch. Then the framework that is Workers Union began to unfold, and I recognized again the gift of immediacy, remembering a quote by Andrew Wyeth: “That’s why I like fencing so much…it’s very much like painting. It’s that decisive, sharp, quick stroke that captures the essence of a subject.” I could hear how Andriessen captured the essential vision in the broadest strokes, and how the performers seized it, bringing their communication, their letting go, and their commitment to the immediate interpretation of those strokes.

When Workers Union came to an end, a conspicuously immediate conductor (viz., clothed in a tattered ball cap, unsuitable pants, sweatshirt, and well-worn shoes) took the stage and began to direct the Playground’s closing soundpainting. I’ve heard many soundpaintings before, but none as fresh, as energized, or as seemingly-composed-yet-also-seemingly-improvised as this one. A construction of sound emerged with flawless logic but the unmistakable torn edges of the immediate vision. I heard sounds I wanted to hang onto and dwell with for a while, letting the immediate experience continue on without me…But still immediacy held me in its grip, embodied in the hyper-alert musicians and their conductor. Together, with effortlessness and razor focus, they animated the living, growing organism of structured sound.

Actually – now that I think of it – we were neither sitting down nor standing up when the first movement of the Lauridsen began. We were hovering in the foyer, our own backwater of silence, because Claro de reloj was already underway, and the ushers were softly preparing to open the doors for us between movements. “When you go in, try to grab a seat at the back, or just stand until the piece is over,” they said, and handed us our programs. They might as easily have said, here, you lucky latecomers; take a double portion of the gift others left behind –

Yes, you missed the first piece; you are tired, you are late, you are burned out, and you have no good ideas left.

But your inheritance is immediacy.

Me senté
en un claro del tiempo.
era un remanso
de silencio,
de un blanco silencio…
I sat down
In a space of time
It was a backwater
of silence,
of white silence…

Actually, I stood up – at the back of the King Center concert hall with two of my friends, because we had arrived late. As the Lorca lyrics of Morton Lauridsen’s Cuatro Canciones wafted to us in a shimmer of vaguely Messiaen-ish harmonies and Crumb-ish timbre-textures, it was a backwater of crystalline sound – an unexpected music. The usual ritual of sitting down, clapping, and program reading foregone, we had walked in at the start of the Playground Ensemble’s October 26th, 2015 performance of this movement as though it had always been happening in that space. We had… 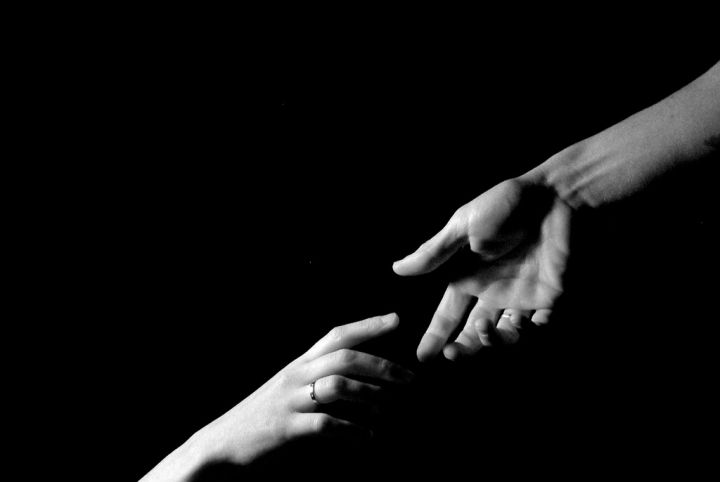 A few months ago I had the privilege of hearing Denver composer Loretta Notareschi’s String Quartet OCD performed by the Playground Ensemble at Regis University. As I sat in the concert hall and watched the composer approach the podium – about to deliver a prepared talk as a preface to a panel discussion of postpartum […] 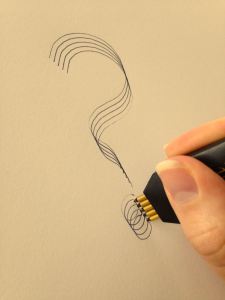 A few months ago I read an article by Mark Applebaum called “Existential Crises in Composition Mentorship and the Creation of Creative Agency.” In addition to exploring many other topics, Applebaum suggests that faulty self-perception – a lack or excess of self-confidence – can negatively impact a composer’s development and the quality of the music he or she writes.[1] These claims caught my attention because some of my own teachers in both composition and performance have made similar comments; I have often heard professors remark that a timid individual would achieve more if they had greater self-confidence, or that an overly-confident person needs to develop some healthy self-doubt in order to improve. Applebaum’s article provided me with an opportunity to reflect more deeply on this subject, and to question how such problems should be addressed. 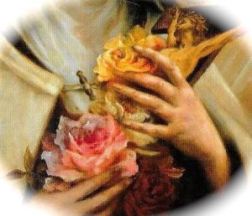 Sometimes insights turn up in the most unlikely places; I’ve stumbled across intriguing ideas that apply to new music in the writings of poets, novelists, philosophers, and – in the present case – the autobiography of a 19th century nun. Consider the following odd story about the act of listening told by St. Thérèse of Lisieux:

“For a long time I had to kneel during meditation near a Sister who could not stop fidgeting; if it was not with her rosary, it was with goodness knows what else…I wanted to turn around and glare at the culprit to make her be quiet, but deep in my heart I felt that the best thing to do was to put up with it patiently, for the love of God first of all, and also not to hurt her feelings…In the end, I tried to find some way of…

After reading a bunch of articles about the writing process in connection with my writing center job this year, I was inspired to embark on a yearlong obsessive inquiry into the composing process. I searched for language to demystify the compositional thought process, tested different working methods, and tried to develop personal solutions to the age-old problems of procrastination, “composer’s block,” and indecisiveness.

When I discussed some of these explorations with my colleagues a few weeks ago, Stephen Bailey made the comment that for him, the question of “what” to write is more important than “how” to go about it, and that thinking too much about the “how” without enough attention to the “what” yields poor musical results. In other words, as Stephen pointed out more recently, “the process is usually less important than the result.” I agreed with him – and sent Nathan Cornelius into fits…